This rare print is the only print to be the result of a collective work by Claude and François-Xavier Lalanne : it is an association of a sphinx head by Claude Lalanne, and a leopard body by François Xavier Lalanne. Claude and Francois Xavier Lalanne are the most famous French sculptor of the second half of the twentieth century. His work is characterized by the animal imagery. He studied art at the Académie Julian in Paris. When he arrived in the city, he was introduced to many Surrealist and Modernist figures, such as Man Ray, Max Ernst, Marcel Duchamp, Niki de Saint Phalle, Jean Tinguely, and Constantin Brancusi. He is particularly known for his sheeps, fishes, birds… Supported by gallerists like Alexandre Iolas, Leo Castelli, Paul Kasmin and Ben Brown, his work was early collected by great connoisseurs, among whom Yves Saint Laurent, Pierre Bergé, Karl Lagerfeld, Peter Marino, Valentino,Terry de Gunzburg, Alberto Pinto, the Rothschilds, the Noailles, Jane Holzer, Michael Shvo, Georges Pompidou, Roman Abramovich, Jacques Grange… 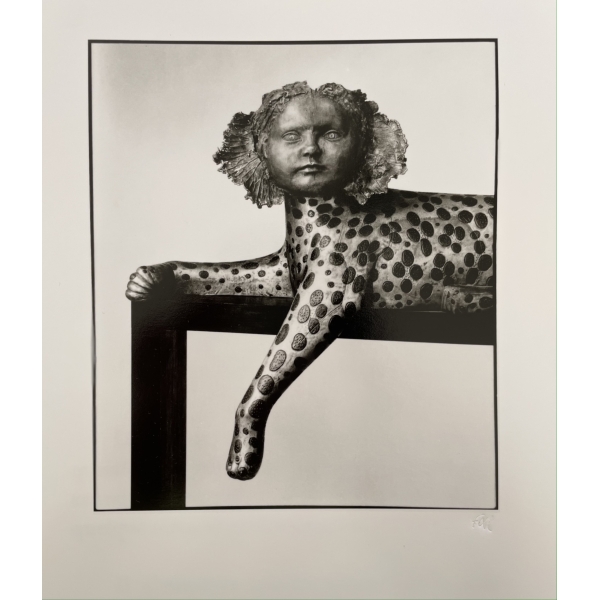